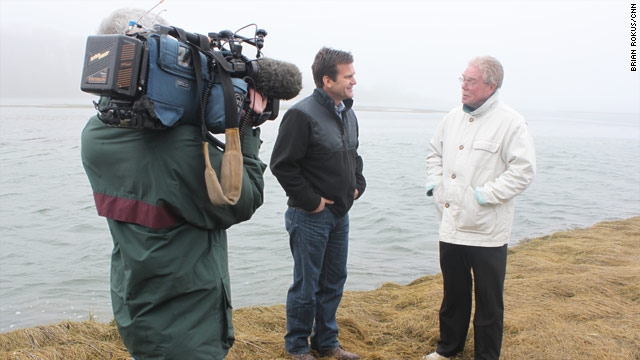 CNN’s Drew Griffin conducted several interviews this week for CNN Presents: “Footnotes of 9/11,” an upcoming documentary which focuses on everyday citizens who went to work on September 11, 2001, unwittingly becoming part of history.

Eight of the people profiled by Griffin are mentioned in the 9/11 Commission Report.  Their experiences are drawn from the 1,742 footnotes of the report, offering critical detail to the events of that day.

Griffin interviewed Michael Tuohey, a former U.S. Airways ticket agent who issued boarding passes to 9/11 terrorist Mohammad Atta, and Tim Duffy, a lieutenant colonel in the Massachusetts Air National Guard who scrambled to provide air defense to New York and faced the possibility of having to shoot down a passenger plane.