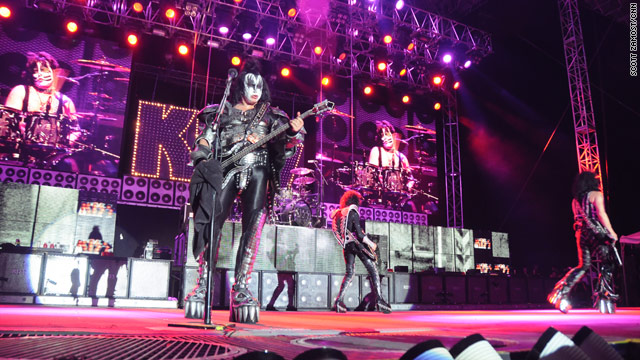 Promoters yanked the rock band KISS from the Michael Jackson tribute show Tuesday after fans called their attention to negative remarks KISS leader Gene Simmons made about the pop star in the weeks after his death.

The reversals came a day after Katherine Jackson appeared live on CNN to announce the addition of KISS to the lineup for "Michael Forever: The Tribute Concert," scheduled for October 8 in Cardiff,Wales.

"We have listened to Michael's fans and are grateful to have been alerted to these unfortunate statements by Gene Simmons," Global Live Events CEO Chris Hunt told CNN Tuesday.

Fan clubs appeared in open revolt against the tribute show after promoters added the group. Fan websites pointed to published interviews in which Simmons spoke about his suspicions that Jackson, who was acquitted of child molestation in 2005, was a pedophile.

Promoters, who had hoped the addition of the legendary group would bolster their lineup, said they were unaware of Simmons' statements when they booked KISS for the show.

CNN’s Poppy Harlow goes inside the world of KISS – on board the band’s plane on the way to a concert, to exclusive backstage access.  She also visits the homes of Gene Simmons and Paul Stanley to explore how KISS has become one of  the most branded names in the world.