The Vermont Yankee Nuclear Plant near Brattleboro, VT is 39 years old, part of a generation of aging nuclear plants.

The plant is the same design as the notorious Fukushima nuclear plant in Japan and has a history of problems - water towers collapsing, pipes leaking radioactive material, to name a few.

Now the plant is at the center of a battle that could well shape America's nuclear future. The Vermont legislature has voted to shut down the plant, but the plant owners insist Vermont doesn't have the right to shut them down and has won approval from the Nuclear Regulatory Commission to keep the plant going for another 20 years.

Will the people of Vermont have a say in their own nuclear future? CNN's Amber Lyon investigates.

After playing a major role supporting protests overseas the shadowy internet collective Anonymous is moving beyond its hacker roots and into direct action against authorities here at home, authorities that some Anons say have unjustly attacked occupy protestors.

CNN’s Amber Lyon reports on the anarchic, faceless, uncontrollable and hidden power behind the Occupy protests. Armed with cameras, computers, Anonymous is rewriting the rules of engagement between protesters and police.

Plastic Bags - there are trillions of them and they are the most abundant consumer product in the world according to Guinness World Records. We all use them. But after seeing this report, you may have second thoughts.

In her 2-part CNN Presents story "Plastic Wars" correspondent Amber Lyon finds plastic bags everywhere they should not be - in trees, on streets and even at the bottom of the ocean. She talks to a veterinarian who says he has seen plastic bags in the stomachs of whales, sea lions and dolphins. She meets with Andy Keller, whose mission is to rid the world of plastic bags, and with the man who represents the large corporation trying to stop him.

Mixed Martial Arts, or M.M.A., is a full contact combat sport that was once banned in much of the United States.  Today, it’s one of the fastest growing sports among men… and now women.  But why would any woman climb into a cage for all-out combat for what amounts to almost nothing?  CNN’s Amber Lyon steps into the Octagon to find out. 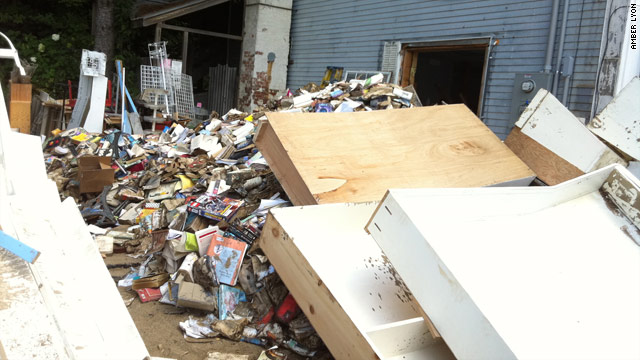 Irene killed 43 people from Florida to New England as it marched up the Eastern Seaboard over the weekend, dumping torrential rain. Some of the worst flooding struck Vermont, New Jersey and upstate New York.

Vermont transportation officials made emergency repairs on roads to all but one of about a dozen previously isolated towns, officials said.

Vermont National Guard helicopters flew in water, food, diapers, baby formula, blankets and cots to other towns where residents can't safely get in or out.

About 12,000 local customers remained without power Wednesday after the catastrophic flooding. Grocery stores and residents gave away food when their freezers no longer had electricity.

CNN’s Amber Lyon reports from southern Vermont, where homes and businesses have been devastated by Hurricane Irene. 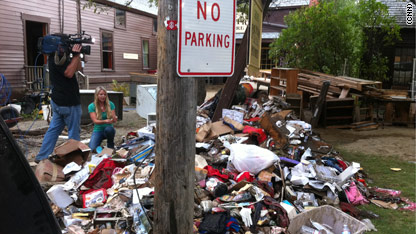